Donation jump-starts campaign for The Center for Safe Futures

March 30, 2022 – The donation of a Willimantic building has helped to kick-start a new capital campaign to fund construction of a 23,000-square-foot family justice center run by New London-based domestic violence agency Safe Futures.

March 10, 2022 – As we enter the third year of the COVID-19 pandemic, public health officials continue urging us all to seek shelter from the virus and stay home as much as possible. Those of us providing support and resources to families facing domestic violence have borne witness to the long-term impacts of this crisis on the Connecticut victims we serve.

March 5, 2022 – Since Connecticut first responders started using LAP, the number of domestic violence victims who connect with advocates has jumped from about 4% to 86%. At Safe Futures, advocates are now available any time of day to take calls from first responders when someone screens as high risk. “We have our own designated LAP line available 24/7, when that phone rings we know it’s a high danger, high-risk call and we are there for them 1000%, 24 hours a day,” Verano said. “When we’re training advocates I always tell them, answer that call like it’s a 911 call.”

For victims of domestic violence, technology is a double-edged sword

February 27, 2022 – Digital communication has opened new avenues for abusers to control and monitor their victims, according to law enforcement and the folks at Safe Futures.
Read more on The Day.

February 19th, 2022 – Recognizing the lessons taught through early relationships is one of the reasons the team at Safe Futures is working with kids and teens through classes, summer camps and school workshops to fill their toolboxes with the words, resources and behaviors they need to stay safe.

February 12th, 2022 – In southeastern Connecticut, New London-based social services organization Safe Futures helped nearly 10,000 victims of domestic violence in 2021, up from a little over 7,000 the year before — an increase of 30%.

November 29, 2021 – Hannah married her husband in her early 20s and relocated with him to southeastern Connecticut from the Midwest. He controlled her every move, isolated her from talking to her family, did not allow her to work or have a bank account. She was too afraid of him to tell anyone. The beatings became more severe during the pandemic. She contacted police who referred her to Safe Futures. With the help of Safe Futures staff, she and her boys have just moved into their own apartment, and she has a temporary driver’s permit. 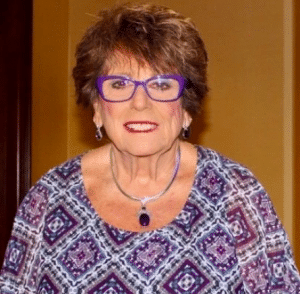 NEW LONDON — Fresh out of law school in the late 1970s, Sheila Horvitz began doing pro bono work for domestic violence victims referred to her by an upstart nonprofit known as the Women’s Center. It didn’t take long for Horvitz to recognize the far-reaching impacts of domestic violence. Beyond the physical abuse, victims and their families face an uphill battle reconciling their emotional trauma, struggling against homelessness, and an acute susceptibility to depression, substance abuse, and suicide. Even more jarring, she says, was the utter inadequacy of the broader community’s response.

“When I started practicing law it was really difficult to find anybody who had a handle on domestic violence,” Horvitz says of the era.
That gap in support services is what makes the founding of Safe Futures, created as the Women’s Center of Southeast Connecticut, such an important legacy, and one that Horvitz strives to share. She is collecting newspaper articles documenting the decades-long trajectory of Safe Futures, as well as interviewing organizers and staff from the organization’s early years. This year marks the 45th anniversary of Safe Futures’ founding in 1976 and the history of the organization is a vital thread in the community’s history.

For decades, Horvitz saw the dynamics of domestic violence play themselves out in court, but one experience in 2004 served as a tipping point. On Labor Day that year, Rose Conrad, a client of Horvitz’s, was murdered by her husband. In Conrad’s memory, Horvitz established a memorial fund that, to this day, continues to help victims of domestic violence.

Created by nine women trying to offer a network of support to women in the area, the early years of Safe Futures saw the organization move quickly towards a focus on domestic violence and rape – an emphasis that founding members say was prompted by requests in the community. Within two years the organization developed a 24-hour hotline for women, led discussions on how to navigate the legal system, and offered a support group for women.

“It just blossomed because there were all these other needs that were discovered,” Leslie Pope-Hall, one of the founders, says of the early days.

By 1983 the founders had 13 paid employees and an army of 100 volunteers. Eight years later, in 1991, a transitional housing facility offered nine apartments to domestic violence victims.

“There was a vacuum, frankly,” says co-founder Barbara Greenberg of the need for such services. “There were lots of nonprofits in New London, but they didn’t want to touch these issues. We filled a vacuum. There was just no place to go.”

Today the organization serves over 9,000 people annually and offers a raft of counseling, advocacy, outreach, and housing programs. Chief Executive Officer Katherine Verano is now leading an effort to build the fully integrated Center for Safe Futures that will bring nearly every agency whose work touches on issues of domestic violence under a single roof. Police and prosecutors’ offices, childcare services, counselors, job training programs, and more will share space at the Center for Safe Futures to bolster collaboration and make it easier for victims to access the help they need.

“I’m so pleased that Safe Futures does so much now,” says Linda Vogel, who was one of the first counselors to work at Safe Futures. “It does my heart so good to see you all carrying it forward.”

Safe Futures is a leader both locally and across the state in spurring legislative and grass roots changes that improve the lives of victims and their families, but there is still much to do. As proof of the ongoing need Verano points to the docket in the New London courts where more than a third of the criminal cases heard annually are domestic violence cases.

“I think one of the most important things is how much progress has been made since 1976, even though it’s still not enough,” Horvitz says. “There are still people in the shadows.”

June 04, 2021 – Start the day with an act of kindness and join Safe Futures for a virtual breakfast event held in support of domestic violence victims. The Light the Way Breakfast program begins at 8 a.m. June 24 and will be streamed live from the Garde Arts Center in downtown New London. Viewers will be asked to donate and can do so via text, through the group’s website, or by writing a check and sending it in the mail.

Side bar
Translate
GIVE TO SAFE FUTURES